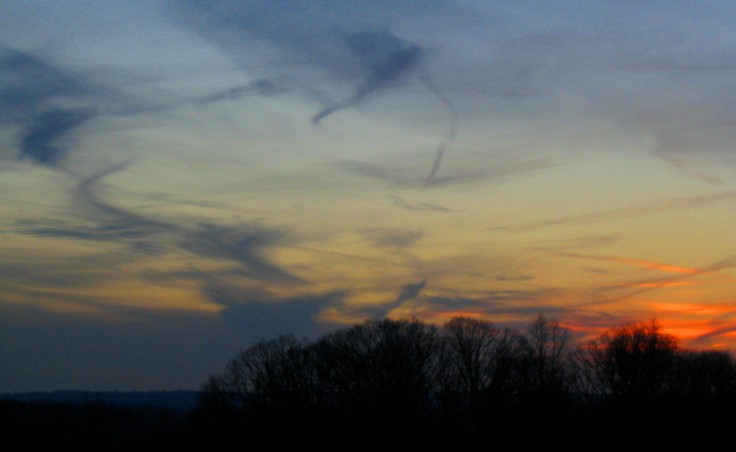 “For we wrestle not against flesh and blood, but against principalities, against powers, against the rulers of the darkness of this world, against spiritual wickedness in high places.” (Ephesians 6:12)

As a conclusion, for the moment, to the last few posts about the Contemplative Prayer movement, I wanted to mention one more thing.

There are a great many people within the Evangelical and Fundamental movements that live in a kind of bubble as relates to the supernatural. By a bubble, I mean that the manifestations of the Holy Spirit and the manifestations of evil spirits are seldom seen and seldom discussed in these circles.

There is even a resistance to teaching on these things. To even understanding the proper place that miracles play in our modern age.

There is even a resistance to teaching on the deeper life that many of the old saints spoke of. To even understand the vital role that the Holy Spirit plays in living a sanctified life as a believer. There is a fear that these teachings will veer into some heretical or deceptive realm.

A Gateway to Deception

I do not pretend to be an expert on spiritual manifestations. I’m not even a novice. My life and experience has not exposed me to these things.

Yet, I do understand the warnings in scripture given about the influence of demonic entities and how any of us can be led astray by them.

As a result, over this last year, the study of the Contemplative Prayer movement has hammered something home to me. Something I hadn’t clearly considered before.

Namely, that the spiritual practice of seeking the stillness inside of our hearts might be the very tool that Satan will use to bring people together into a one-world religion.

Now, that might sound kind of crazy. Maybe a bit over-the-top. Maybe a little over reacting.

Yet, I have to confess that I had not given serious thought to the effects of meditation on those who do not claim to be believers. The meditation, while not to be recommended, seemed to me to be just a mental exercise. Something people did to calm their minds, clear their thoughts and deal with stress.

Little did I realize that nothing of this sort really takes place on neutral ground. (A point explored in the last couple posts.) Because there is no neutral ground in the spiritual realm.

We are more than animals. We are beings of spirit. And we live in a universe in the middle of warfare between Christ and Satan. And all the angels, good and evil, that are part of that battle over the souls of men.

So this is not about some simple mental exercise that is devoid of spiritual consequences.

In fact, I am coming to realize that people are deeply influenced by meditative practices. Whether they are Christians or not. Whether they buy into the concept of spiritual influences or not.

Because something very profound is happening to those who open themselves to it. They ARE being changed. And not just as a result of physical, chemical or psychological influences coming from meditation.

The implications for evil spiritual influence in the lives of people all over the world is staggering. How better to influence people across the religious barriers than to promote a practice that bypasses all biblical truth and goes directly to spiritual contact?

How better to slowly and carefully re-condition and teach all cultures to accept some future spiritual entity as a world leader than by a worldwide, ecumenical teaching program? A program literally implemented from the inside out!

There is much food for thought in further study of Contemplative Prayer as well as the many other Spiritual Disciplines that are being introduced into biblical churches. Yes, even into Bible churches. Brought in by teachers that should know better. And allowed by pastors who neglect the discernment needed to stop them.

All introduced with the promise that one may grow into a deeper relationship with the Lord by practicing these disciplines.

“Beloved, believe not every spirit, but try the spirits whether they are of God: because many false prophets are gone out into the world.” (I John 4:1)

Prophecy and the Last Days