I have to thank God for His patience with me over the years. Because I have often gone off on tangents that He was not leading me toward. You could not have convinced me of such at the time, however. I was determined to follow a course of action or “feeling” at all cost.

Unfortunately, there are many Christians that suffer from this “disease”. It is called “will worship”. I spoke of it in an earlier post. But I think it will be of some value to look at it again.

END_OF_DOCUMENT_TOKEN_TO_BE_REPLACED

Seeing Him Who Is Invisible

By faith he forsook Egypt, not fearing the wrath of the king: for he endured, as seeing him who is invisible. (Hebrews 11:27)

There are times when the continued unbelief of the world becomes hard to bear. Men are becoming more and more aggressive in trying to silence any mention of the gospel, of Christ, of the Bible and of truth. And morality has been turned upside down by the creation of laws that now threaten the most basic of Biblical moral standards.

But it occurred to me that the world is simply blinded. They are in darkness. They have rejected the light and embraced the darkness.

END_OF_DOCUMENT_TOKEN_TO_BE_REPLACED

Among the Living Dead

In him was life; and the life was the light of men. And the light shineth in darkness; and the darkness comprehended it not. (John 1: 4-5)

I work in a cemetery. When we are not preparing for and supervising funerals, there is mowing, weed-wacking, seeding, cleanup and all the little jobs people take for granted.

But there are often times to stop and reflect on life. So, the other morning, while waiting for a very large funeral procession to arrive, I had one of those special “moments of clarity”.

END_OF_DOCUMENT_TOKEN_TO_BE_REPLACED

What Do You Worship? 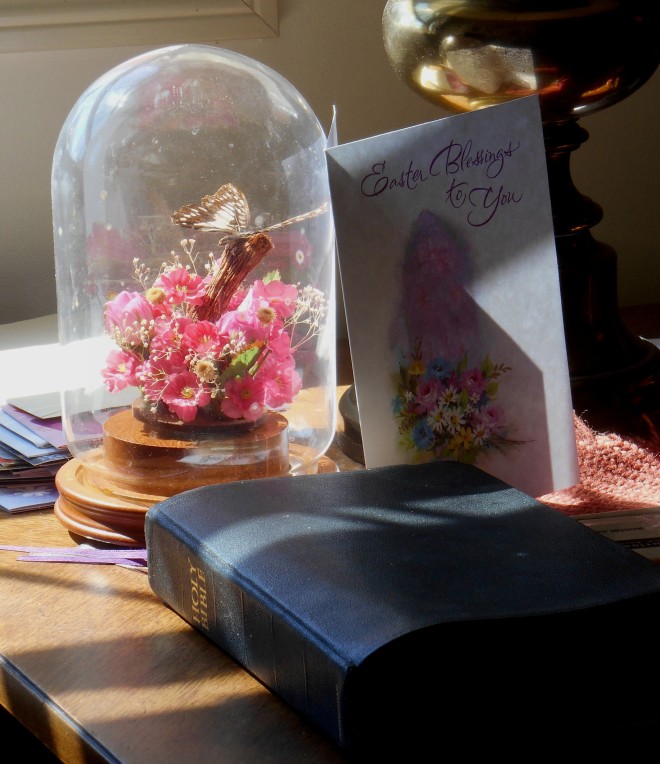 What or whom do you worship?

Everyone makes a choice. It is unavoidable.

That is one thing you cannot escape in this life. You are faced with a choice. Some think they can delay this choice. Put it off for another time. Play it safe. Take the middle road. Keep your options open.

END_OF_DOCUMENT_TOKEN_TO_BE_REPLACED

The End of Fear

For God hath not given us the spirit of fear; but of power, and of love, and of a sound mind. (II Timothy 1:7)

Fear can pretty much dominate most other emotions in our lives. One can endure most anything if there is hope and love present. But fear will kill you both physically and spiritually.

END_OF_DOCUMENT_TOKEN_TO_BE_REPLACED

But we all, with open face beholding as in a glass the glory of the Lord, are changed into the same image from glory to glory, even as by the Spirit of the Lord. (II Corinthians 3:18)

One of the most misunderstood aspects of the Christian life is how to live it. Yeah, the simple question of HOW?