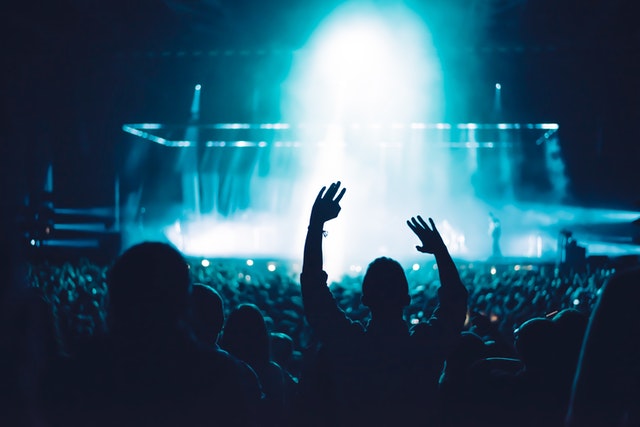 I’ve been hearing a lot of Christian leaders putting down things that are not really bad.

The American Dream: Equal opportunity for all, an equal voice for all, freedom of religion and language.

Individualism: The Freedom of Individual choice, individual accountability before men and before God.

Capitalism: Freedom of Individual labor choice, small business promotion, a work and trade system similar to that which Jesus knew.

They preach as if these are BAD things! As if, we should not protect these things against the political and social movements that are working to destroy them.

That we should just sit passively by as these things are being removed from our lives by Progressivism and Liberalism.

As they are being attacked by Spiritual Liberalism specifically.

Spiritual Liberalism has been one of the most powerful forces working coercively, in the mainline denominations, for generations.

Behind all this are real, evil spirits that control these denominations.

These are supposedly “Christian” organizations. Who work with the blessing of the national leaders; while they actively promote Socialist and Communist agendas all across the world.

Note that we are talking about churches here.

These are not simply political or social-activist groups. These are major denominations that have built worldwide organizations, supported by incredible amounts of money, to advance a Progressive agenda. And they have been doing this for a long time.

“Shut Up and Embrace the Change”

So, while all these professed Christian groups have been working against this country and its good traditions, why have contemporary Evangelical leaders NOT been defending Conservative culture?

Do Christian leaders really understand what they are talking about when they oppose the good things listed above?

Do they really understand the ramifications of their comments against these things? Or have they already made a clear choice to embrace Progressive religious ideals?

Have they made choices which they are not honesty and forthrightly proclaiming to their congregations? While they subtly support a new, Progressive-Christian agenda?

And trying to be sensitive and sympathetic to the Progressive spirit that is seducing the young people in their churches?

A Christian Leader Can Also Become an Idol

Well, actually, all of the above is most-likely true.

Some of the most well-known leaders of this Progressive push within Evangelicalism are men like Tim Keller, Michael Wear and many others who are promoting Christian activism with a strong Progressive bent.

They are actively leading Christians away from Conservatism into a more Left-leaning political, social, and spiritual direction.

Whether they realize it or not, our local leaders are simply adopting the talking points of these mainstream teachers. Who say that to support Nationalism, Capitalism, Individualism, and the American Dream is a form of idolatry!

This “idolatry” charge has become a regular refrain, even from our local church leaders. Especially during this past election season. A refrain sung by all levels of leadership. Especially the younger leaders coming out of the Evangelical seminaries and colleges.

A Bait and Switch Tactic

The song they are singing goes something like this:

But why would anyone say that?

Unless they would like to put something else in the place of those Traditional things.

To usher in such things as Progressivism or Socialism.

This is not really about idolatry. This is about changing the church. This is a tactic used to dramatically marginalize the Traditionalists and Conservatives in the Evangelical church. Or eliminate them altogether.

To accomplish this, a bait and switch is taking place.

They are simply replacing one “idol” for another. In order to advance one agenda in place of another.

And what better way to do that? Than to make us think that their favorite Progressive Christian leaders are only concerned with Jesus. That they represent a nobler and more loving gospel than the Conservative Evangelicals have represented.

And that they don’t have an agenda of their own.

An agenda which will not only corrupt the gospel but will also bring persecution to the church.

Our local and national leadership is either naive or just willfuly blind concerning the men and the movements that they follow. Whom they have allowed to become idols in their own lives.

Photo by Sebastian Ervi from Pexels