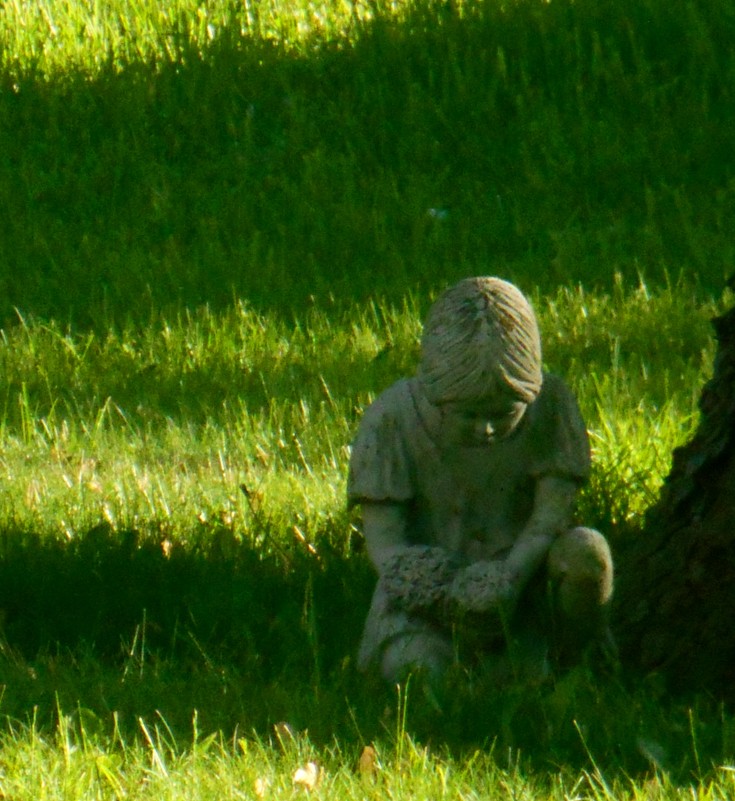 These compromises within Evangelicalism and Fundamentalism are caused by our misunderstanding of the vast difference between the works of God and the works of the Christian.

We have too much confidence in the value of our own efforts. Christians tend to believe that their devotion, sincerity, depth of good intent, and dedicated will are what the Lord is seeking from them.

Many an altar-call for missionaries has led to sincere believers launching out into the deep on the strength of their own emotion and devotion. Only to find themselves in misery after the novelty of being in the field wears off. Wondering if they were truly called of God after all.

This is a common problem in many areas of full-time Christian ministry. Where the emotion of the moment has influenced a life-changing decision. As opposed to a true calling of God.

And it is a common experience of most believers to daily re-dedicate their wills and desires to better behavior and better works. All based upon their assessment of the previous day’s spiritual successes or failures.

But, is this truly the way that the Lord produces His works in us?

A Revelation is Needed

Most preachers and most leaders only understand this way. And fashion their sermons and lessons to influence the management of the will of the people in their congregations. Unwittingly, engaging in the application of modern psychological theory, or behavior modification, upon the hapless Christians in the pew.

What must take place in each of us is a revelation of the holiness and majesty of Christ. Of His glory that exceeds all the efforts of man to duplicate and emulate.

In other words, we need to see that the Lord is higher than the best efforts of any Christian to copy. And that the Christian’s devotion and will power cannot produce the image of Christ within himself.

All efforts must be seen as totally bankrupt by the believer.

Even as Job said, “I have heard of thee by the hearing of the ear: but now mine eye seeth thee. Wherefore I abhor myself, and repent in dust and ashes. ” (Job 42: 5,6) This very righteous man repented of his foolish view of himself. Of believing that God should have been impressed with his own supposed righteousness.

This world-shaking revelation of God within the believer is absolutely necessary. Without it, we are doomed to a perpetual waste of time in trying to rehab ourselves for God. Something He has never desired.

How is a Race Really Run?

God’s way of making us what we should be is totally contradictory to the way of the world. And in total contradiction to the practices of the religions of the world as well.

Sports metaphors are a popular device that preachers regularly use to motivate Christians in the pews. They often camp out on Paul’s (I Corinthians 9:24-27) or Luke’s (Hebrews 12:1) verses about “running a race”. Teaching that the spirit of man is brought under discipline in the same way that the body is athletically trained.

Of course, there is value in understanding that we are running in a race. And that there are decisions that must be made by a believer in order to follow the proper rules of that race; and to make the choices that allow the Lord to fully complete His work within us.

But, we often, unwittingly, employ a process which Paul condemned as “will worship“. (Colossians 2:23)

If the church continues to teach various forms of behavior modification or employs the same meditation and other spiritual disciplines practiced by the Catholic mystics or the Eastern mystics, we will see no reason not to join with those same groups.

After all, if we employ the same tactics as the religions of the world, what is the real difference between us?

How then is salvation through Christ alone any different if we simply return to the same methods and principles of the religious world?

How then do we “reign in life” or walk as “more than conquerors” if we are simply following “the elements of the world” which the religions of the world employ?

By simply putting the name of Christ at the end of our efforts or naming Him as the goal of our efforts does not make those efforts spiritual. Without the Lord Himself producing His work in us, we are no different than those that are lost.

Yes, we may be saved; but, practically speaking, we are depending on nothing different than other devoted religious people across the globe. Who are trying to produce good works out of their own efforts, rituals, and devotions.

The solution to all of this is the Lord who dwells within us. Changing our focus of attention toward His method of change, rather than on our own strength and ideas.

His work will stand forever. Our own works will not. Even as believers, our own works are merely “wood, hay, and stubble”.

Let us seek the Lord’s workmanship in our lives.

Let us take our hands off of our own lives and allow Him to conform us to the image of His Son by the power of His Holy Spirit. By our gaze and dependence upon the Lord Jesus Christ.

“But we all, with open face beholding as in a glass the glory of the Lord, are changed into the same image from glory to glory, even as by the Spirit of the Lord.” (II Corinthians 3:18)

Sounding the Depths of Truth