The Fallacy of Biblical Criticism Pt 2: Back to Basics 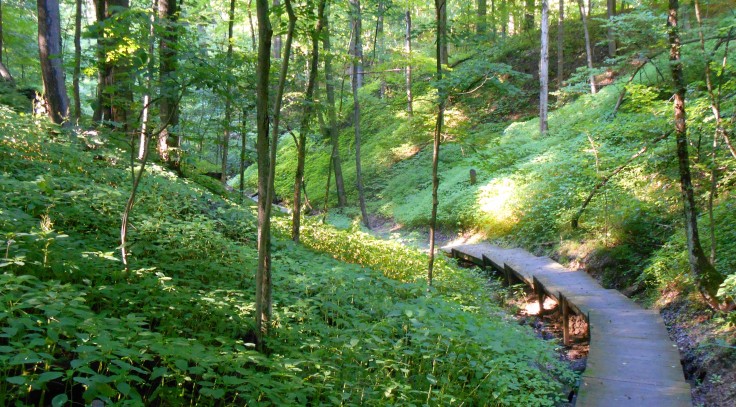 Since writing The Fallacy of Biblical Criticism: Part 1, I’ve given a great deal of thought to how to proceed on this issue.

My concern is not with the foundation of my belief but with how to honestly approach this so that the reader gains more than my own personal cheerleading effort to promote the Textus Receptus and the KJV.

In order to justify the time you invest when reading these articles.

One of the principles I believe that is essential for anyone presuming to teach from the scriptures is honesty and genuineness. By this I mean, as Paul said, “For I will not dare speak of any of those things which Christ hath not wrought by me . . .” (Romans 15:18). Which, means that we should speak from our own experience with the Lord and not from someone else’s experience.

Although we may be thoroughly on board with another believer on a topic, we need to be clear about what we, personally, have proven to be true. We should speak out of the battles and fires that the Lord has brought us through personally.

What that translates to is a carefulness against pretending to possess a level of expertise on an issue than we don’t have. For example, I have a only a beginning level of training in Greek. Two college semesters in Koine Greek does not make me an authority on ancient languages.

Nor does listening and studying deeply on textual history make me an expert. Although I have certainly put in the time there. Unfortunately, many writers often consider themselves experts on that basis alone.

Nor does talking passionately and persuasively on a subject make one correct. Anyone can do that.

Where We Place Our Trust

I say all this because there are many devoted Christians on both sides of this topic. And I am well aware that most Christians will have strong disagreement with me on this issue. And all the more so since I don’t take some easy, middle-of-the-road position here.

However, most Christians argue from little more than a preferential position when it comes to versions. They often possess a condescending confidence gained from following one particular ministry or another.

These alignments, on one side or the other, are based on a trust placed in a pastor, an author, a church or a University. Or in something else. Maybe from a confidence no more complicated than that of popular Christian thinking; which we believe couldn’t possibly go so far astray. A confidence borne out of the presumption that so many people in the Christian mainstream could not possibly be wrong about Bible versions.

Practically speaking, we often approach this issue like children arguing over whether Batman can beat up Spiderman. Or whether my dad can beat up your dad. We are often motivated by loyalty to something or someone.

And we so wish to prove ourselves loyal. And to keep unity among a given group.

Pastors are often accountable for promoting this attitude. They teach this when preaching from a whole dogpile of Bible translations; as if to say that all translations are valuable and legitimate. You just choose the one that is worded the way you like!

Which is an incredibly foolish and ignorant position to take. Even though that is a very popular position to hold.

However, this is not a topic where people can just agree to disagree. This is an issue where we are either correct or we are not. Where the consequences of error are staggering. Despite the almost universal attempt to downplay that seriousness.

We have been led to believe that this is just an issue of preference, of academic understanding or of style. And that Christians should approach this in a unified manner.

Which, for all practical purposes, plays itself out as accepting pretty much whatever texts and translations pastors choose to use in a sermon or in teaching. And where we are all expected to be gracious, unified and tolerant in that practice.

But, the elephant in the room — the unspoken question — remains.

Do we or do we not hold the accurate Bible in our hands?

Yes or no? It is just that simple. There is no middle ground. It is stupid to think otherwise. Whatever side you are on. It is a case of facing reality.

A Continuous Slide Away from Certainty

I truly do not think that most churches want to face this reality. They calculated that this battle was fought back in the 70s when the Living Bible and the NIV were first introduced and churches got all stirred up over it. Pastors just decided to live with it; and they’ve taken the middle-of-the-road position ever since. They figured that the battle was over and people could stop splitting churches over “non-essentials”.

To just forget it and move on.

To just focus on evangelism and loving one another.

But things have continued to get worse as the reality of that compromise takes deeper root. Every few years new versions continue to come out. New versions that are replacing the NIV, the NASB and others.

With no end in sight for this continual introduction of new translations.

Today, the NIV and NASB loyalists are beginning to squirm as newer versions continue to change and dilute their words of God. The promoters of change who brought us these new and improved Bibles a generation ago are now finding their own sacred words now challenged by the latest and greatest from the popular religious scholars.

Please, forgive me if I take a bit of pleasure in seeing that.

When the Greek Textus Receptus was discarded for the Westcott and Hort Text of 1898. C.H. Spurgeon and Dean Burgon warned Christians of the serious danger that presented. As a consequence, these men were ignored and vilified for sounding the alarm.

So, as the saying goes, “The chicken has now come home to roost”.

Which brings me to a slightly new direction I wish to take in discussing this topic.

We all have to make up our own minds on this. And the Lord does hold us accountable with the steps we take in reaching our conclusions. Because His word is that important.

The Gospel is based on the word of God. On the specific words of God.

What we know of Jesus Christ, our Foundation, is based upon the specific words of God.

This is a serious topic. It is not some casual subject of debate like many questions Christians may disagree on with love.

This has to do with the very foundation of all that we accept as truth. It think that most Christians today just don’t get that fact. Or they just don’t want to get it.

It is a sad commentary on our age that this is so. But things are what they are and we have to learn how to navigate within the limitations of popular Christian culture. We have been warned in the scriptures that people will grow weary of doctrine and grow dull of hearing.

In fact, we dare not do so!

The Biblical Foundations of Preservation

Therefore, what I’ve decided to do is to backup a bit and cover more about the foundations of Preservation revealed in the scriptures. To see how the Old Testament believers, the New Testament believers and the Lord Himself regarded the authority of the written word in their day.

To see how Preservation of the words of God practically took place according to the biblical record.

From that point, we can then go back and establish how the unbiblical philosophy of biblical criticism spread into the larger liberal denominations as well as into the Fundamental and Evangelical groups.

It will then be much easier to see the difference between what God has promised regarding His word, in His own words, as opposed to what the church has chosen to accept in our modern day.

To Be Continued: Bible Preservation

PS: Thanks for reading this long post. It is difficult to justify making posts short when dealing with such important topics. But I am still trying to do that!