The Worship of Science 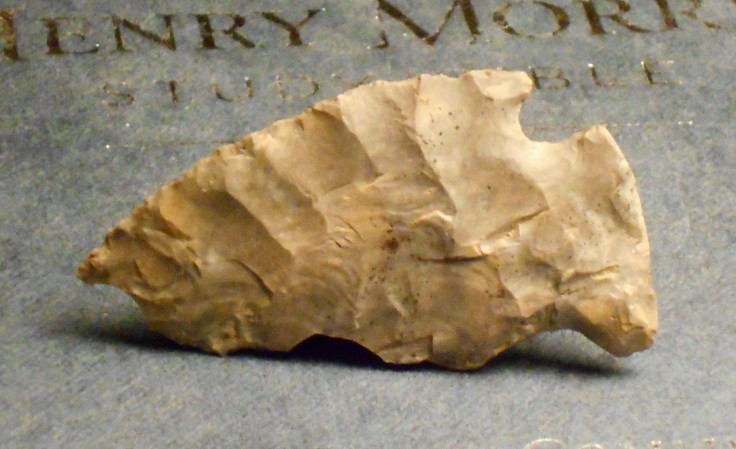 Wherever you go these days, you will hear someone say that education is the answer to the world’s problems. That the lack of proper education is at the core of wars, intolerance and a host of other evils.

Now, I truly do not know how anyone survives without being able to read. That is critical. On so many levels. Life opens up like a flower when we can read.

At that point, however, we have a great many decisions to make. What to read? What to study? What to believe about what we read?

But when we talk about “education”, we are really talking about philosophy. Because, the materials we decide to read become the foundation of all that we believe.

In other words, we choose the sources of truth.

Our choice of sources forms the philosophy of our lives. We make a choice every minute regarding what is true and what is false. We choose to focus our minds, souls and spirits on the objects of our desire.

For example, if you listen to debates between a Creationist and an Evolutionist, the Evolutionist will unfailingly play the “education” card. Meaning, he believes that only uneducated people believe in Creation. And that, to teach Creation in any school setting, is to endanger the educational process.

And it is common for the Evolutionist to claim that the Creationist is endangering the minds of poor, helpless children. They deny that Creationism is science.

So, I have been wondering about this idea of “knowledge”. What is it really? How do you know if you really have IT?

Because, the way the popular cultural leaders talk, you must believe the ideas that they say you must believe. If not, you are regarded as stupid, a hick, a bumpkin and many other unsavory, deplorable things.

The Limitations of Science

When listening to people like Bill Nye and Carl Sagan and the current Cosmos guy, Neil deGrasse Tyson, they sound like they “worship” science. It is rather ridiculous really. Everything is about science. As if science is God. As if science can tell them the deepest things of life. About their own souls. About the meaning of their lives.

As if they really know if it is even going to rain tomorrow. Let alone where they will be in a million years!

But really, science is a simple thing. It is the careful selection of information, used to explain and manage various processes, that allow us to construct practical things. For the most part, these are repeatable processes that can make our lives more comfortable. This type of science might be called practical or observational science. These processes are extremely predictable in our world.

Yet, in truth, we really don’t understand everything about gravity, magnetism, chemistry or electricity. We understand just enough to do a great many things within reasonable parameters.

But, when we start dealing with theory, we are in different territory altogether. When a society demands that men must accept their popular “models” regarding the origin of man, of ancient geology or of the spiritual nature of man, we are outside the realm of science.

At that point, we have entered into deep theory and even religious belief.

We are then faced with the stark limitations of the knowledge of man. Of his ability to understand all things by the clinical processes of logic, chemistry, physics and experimentation.

It is good to respect the contributions of science within limits. But, at the end of the day, it is only a tool. It is not a living entity nor a process that is error free.

I am willing to trust the science that can make a chair and make medicine. But only because I have tested that chair and experienced the effects of that medicine.

But, if we attempt to understand the physical state of this world, even the world of a thousand years ago, then scientific precision breaks down dramatically.

Because, we weren’t there and we can only guess at what took place.

So Much is a Mystery

I found an arrowhead in the cemetery last summer. That was really exciting. It was about 5 feet down in the dirt. Do you know, it would be very difficult to truly know where that arrowhead came from. Because that could have been buried in dirt that came from many miles away. Maybe from dirt used to fill in the cemetery. Maybe from a farm field. Who can say? Maybe an Indian shot that arrow at an animal. Maybe at a person. Maybe it dropped out of his pocket.

I could run a DNA test on it or carbon date it. At great expense. And still have no clear conclusion. Because it was so long ago. So much could have happened to the ground or to that arrowhead over the last couple hundred years. It is all conjecture. All guess work. It is fun, but it is inconclusive.

The point is, we act like we know all things. That all things are nailed down.

But they’re not! Not in the least. We are just stumbling around in the dark for the most part.

We really don’t even know what was happening on the North American continent a thousand years ago. Maybe it was populated by Indians. Maybe Vikings. Maybe Sumerians. Maybe giant Indians. Maybe Sasquatch!

Back to the Beginning

I think our culture is brainwashed beyond all measure. They have believed the lie that Satan told in the garden. That man would become “as gods, knowing good and evil.” when he chose the path forbidden by God. (Genesis 3:5).

When Adam and Eve took that forbidden fruit, a change occurred in them. They were now on their own. They believed the lie that a special “knowledge” was the thing they needed to make them as gods.

Their minds were not “expanded” to comprehend all the mysteries of the cosmos. Instead, they became easy prey for all the deceptions that the world had to offer.

And history has shown us all the nasty garden paths down which that deception has led us.

Man actually became less intelligent at that moment. Because God had originally given Adam a brilliant mind and had encouraged him to explore and understand all that He had created. God did not fence man into some box.

But man lost that profound understanding that had been given to him in Eden. Something that allowed him to do amazing things. To understand wonderful ideas.

Even physically he must have changed. For at that moment he experienced the first dark shadows of death as all the universe felt the terrible tremors of man’s sin.

The Bible does not tell us to close down our brains. Nor to shun education. Nor to only read the approved stuff that the pastor says is OK. But we must know what we believe and why. We must study with intellectual honesty and openness. And we must exercise the discernment God gives us through His Spirit.

But we are responsible to God for what we believe. And that involves our choice as to what is true and what is false.

We have the same choice Adam did.

We must choose between Christ Himself or the world’s philosophy.

“O Timothy, keep that which is committed to thy trust, avoiding profane and vain babblings, and oppositions of science falsely so called: Which some professing have erred concerning the faith. Grace be with thee. Amen” (I Timothy 6:20,21)