Not of This World: A Higher Call 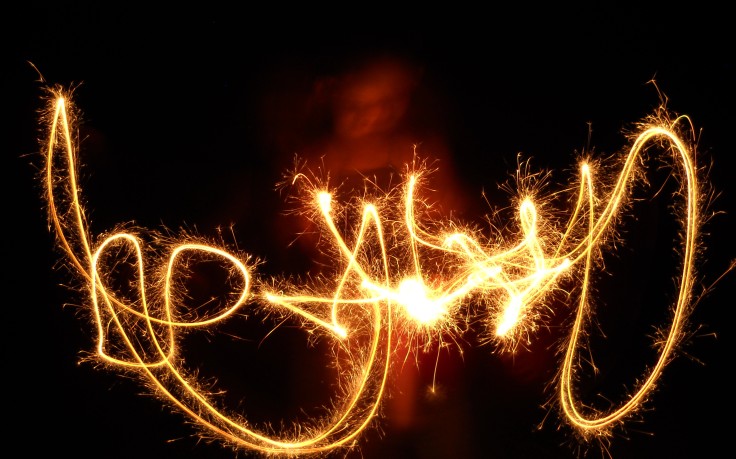 These all died in faith, not having received the promises, but having seen them afar off, and were persuaded of them, and embraced them, and confessed that they were strangers and pilgrims on the earth. (Hebrews 11:13)

When believers attempt to walk according to “the rudiments of the world“, (Colossians 2:20) they are trying to apply natural laws and techniques to spiritual work. This is why so much that we see in our churches often seems powerless and hollow. It is why we are often left with the feeling that we are not truly touching something living, but dead.

The Substance of Faith

The spiritual man is only obedient as he walks by faith. God is not pleased with our natural efforts. “But without faith it is impossible to please him: ” (Hebrews 11:6)

The religions of the world like to speak a lot about their “faith”. As if their “faith” is on equal footing with Biblical Christianity. Nothing could be further from the truth. And believers continue to get snookered by all this talk of “joining with other people of faith”. As if we are all talking about the same thing. Same words but with meanings worlds apart.

All the religions of the world are based upon works. Upon man attempting to reach God by his own efforts. Even though we may see some similarity in outward rituals, in an emphasis on morality or concern for country, culture or humanity, they are not the same as Biblical faith.

The Absolute Necessity of the Blood

Many will ask, “But why? Didn’t Cain give his best? Isn’t that what we are supposed to do? Isn’t all this just about a man’s heart, about a man’s conscience, or about giving of our best to God? Can’t we agree to disagree on doctrine and Christ and the Bible and just all love each other as the children of God?”

Cain despised God’s requirements for the shedding of blood. Specifically, the blood of the innocent, spotless lamb. Notice that his brother, Abel, DID offer the lamb and the blood. And God accepted both him and his sacrifice.

Because Abel followed, by faith, what was offered according to God’s Word. It was what God said was necessary. God always requires the blood of the Lamb. “… and without shedding of blood is no remission.” (Hebrews 9:22)

A Gospel Substitute Will Kill You

The world today has a view no different than Cain’s. It desires to present its best efforts to God, or to whomever it calls “God”. It is all about whatever faddish trend for “goodness” is moving the churches and religious groups of the world at any given time. Whatever is the currently-accepted focus for “goodness”. Fighting for such things as tolerance, saving the planet, income redistribution, global governance or social justice.

So why is the world in such a terrible mess?

SIN is the Issue

All the world’s problems are because of unbelief. Because of the corruption in men’s hearts. Because the best governmental or civic programs or psychological or medical care can never solve the core issue of man’s depraved condition. And, when the religions of the world reject this basic condition of man and attempt to whitewash the wickedness of sin, they must find some other way to approach God.

Most of the world is spiritually lost. Most all the men of history have been spiritually lost. And most will continue to be lost. “Because straight is the gate, and narrow is the way, and few there be that find it.” (Matthew 7:14)

That is a terrible, sobering fact. Few there will be. These are the words of Christ Himself.

We are NOT in the World ReHab Business

The world suffers because of its sin. And it will continue to suffer as the plunge down the slippery slope continues. We are not called to “take the world back for God”. However, many Christians fervently believe we are called to such a task. And so congregations become the unwitting dupes of leaders that are more group or community organizers than they are men of God. Who love social outreach programs more than boldly standing upon the unwavering truths of God’s Word.

The only true solution to these problems is to know Jesus Christ. To become a new creature in Christ. That is the beginning and end of the matter. We are not called to bring the world something else. The church is not in the world rehab business.

Being “salt and light” in this world has more to do with spiritual faithfulness than natural activity.

Yet the popular church movements are trying to motivate churches to become more involved in the problems of the world. To “do justice” above all else.

I heard a preacher in a recently-recorded sermon pushing the social justice movement saying that God is more interested in our pursuit of “justice” than the preaching of the Word of God. That the churches need to do “justice” first; then preach the Word.

As we groan and sigh inwardly over this, we must remind ourselves again that this world is not our home. We have no real place here. And we are unable to make it better.

Again, the only real solution we have is to bring men to Christ. The Lord will then bring them the rest of the way. This is an eternal issue we are dealing with. Not something of this fallen world.

We are not our own. We belong to Christ and are not at the whims and demands of this world. We are not a people to be dragged down into the trends and movements of men; even sincere Christian men, that would have us pursuing “false trails” that lead us away from our true calling. And this is a real and present danger in all churches today. We are all equally susceptible to spiritual seduction when it comes to this stuff.

Of course, there is always a place for every believer to respond to the needs of those around us. To provide comfort, food, clothing, our substance, our time and effort to help those whom God has put in our lives and in our paths. We cannot ignore people. That is how we can glorify our Father in Heaven so that men may see Christ in our good works. Maybe we will become missionaries. Maybe we will start an orphanage like George Mueller did.

God can lead us anywhere to do anything He chooses for us to do. But we do not need a “group” or movement or “declaration” to do that. We just need to heed the calling of God in our own spirit. To be obedient where we are.

At the core of all this is the fact that we are “strangers and pilgrims“ upon this earth. We are not of this world. We are made for the world to come. We seek an heavenly country and a “city which hath foundations, whose builder and maker is God“. (Hebrews 11:10, 16)

THAT is who we really are. A people made of the stuff of Eternity. The children of the Living God.