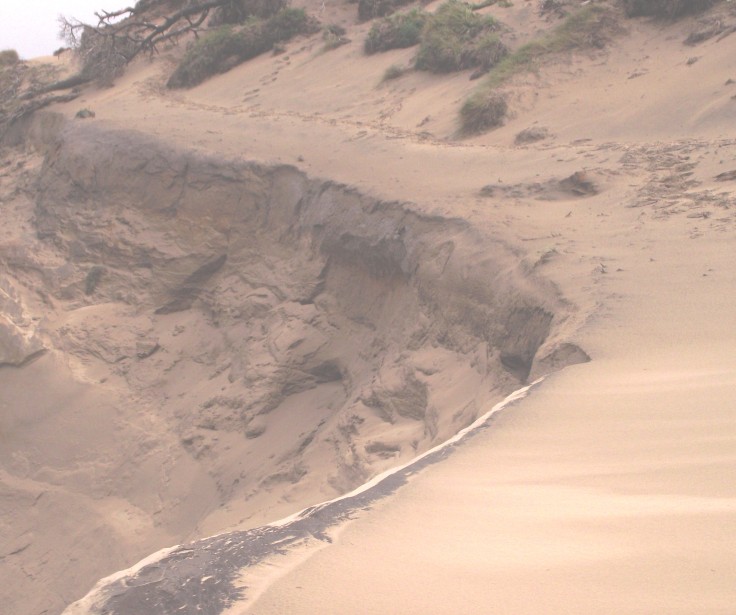 Back in 1972 when I became a Christian, I didn’t think too much about the importance of translations. At least not in the sense of whether they were accurate or not. I was just hungry for the Word and would read whatever was available.

It’s really kind of humorous to consider the Bible translation journey I have taken over the years.

In the months before I came to Christ, I read The Revised Standard Version. At that time, most of the Protestant mainline churches (in my case the United Methodist Church) were using the RSV. That’s what we had in my home. So I dug into it deeply in search of peace with God.

After I became a believer, I picked up a copy of the Good News for Modern Man that the local church library had. I read through it over the following year.

Then the Billy Graham Crusade sent me The Living Bible. So I read that for awhile. They later sent me a Four Translation New Testament. That book had The King James Version, The New American Standard Bible, The Williams — In the Language of the People, and The Beck — In the Language of Today. You could read all 4 versions across every two cross-pages as you went through it.

I remember reaching a point with The Living Bible, specifically, where I just hit a wall. I would read it over and over and it said nothing to me. Like someone was just dumbing-down everything to unnecessary simplicity and plainness.

So I set The Living Bible aside and went to the KJV which had been given to me by my old friend and mentor, Ronnie. It was a large-print copy of The Authorized King James Version. And it had some good illustrations of stuff like Daniel in the Lion’s Den which was great. So I read that for many years until it fell apart. I still have it somewhere.

Then I had a pastor, Roy, who gave me a lot of great books over the years. Among those gifts was a New American Standard Bible as well as an Amplified Bible. I did a lot of studying in those Bibles; but I was always wrestling with the need to refer back and forth to all the different versions to figure out which was correct.

And so, questions began to arise in my mind.

Questions like, Are all these just different interpretations of the same Text? Are each of these men right but just seeing things differently? Isn’t it a good thing to study all these different versions and then find the one that suits me; or the one whose style I prefer? Or the one that speaks to me?

Or, Which of these is the word of God?

Then I went to Bob Jones University. This is a great school; but they have a very schizophrenic position on all this. In their daily Chapel services, they preach from the King James Version. Yet their Bible and Greek departments support the Westcott and Hort Text. Which is absolutely contrary to the authority of the KJV. Which makes no sense at all.

Back in the 70s, BJU pushed the New American Standard as the most accurate translation. Today, I’m not really sure where they stand.

Fundamentalists and Evangelicals have been all over the map on the version issue. The NIV was a big stinking deal for a while. Back in the 70s, churches went through a lot of turmoil when the departure from the KJV took place; and many of them split over this issue.

After a while, most churches stopped fighting over this issue. They must have figured it wasn’t that important. Most mainstream Evangelicals and even Fundamentalists must have decided “unity” was more important than what Bible they used.

But, in truth, I think it was because the pastors just didn’t know what to do. They didn’t understand the issue themselves. Most pastors had a couple years of Greek under their belt and accepted whatever Textual position their professors taught. They trusted the schools they went to. They trusted the men whose books they read and whom the denominations supported.

And they just didn’t want the controversy. So they went with the popular flow.

But to bring us up to date . . . today, it looks like the ESV (English Standard Version) is in vogue.

Funny thing about the ESV, though; it’s really just a makeover of the old Revised Standard Version. It kind of sounds like the KJV, which is very seductive, but it is still a translation from the same old Westcott and Hort Text that all the other new stuff is based on.

The Author of Confusion

So where does all this lead?

To a simple point.

God is not the author of confusion.

Multiple versions do not create deeper understanding. They only magnify the question, “What is the true word of God?”

The first and foremost purpose of a Bible translation is Accuracy.

We need to know exactly what God has said. So we can be sure of who He is and what He expects of us.

All other considerations are secondary.

A correct translation must, at the very least, be based on these 4 simple truths:

And, the translator must also reject the error of Higher Criticism; which treats the Bible like any other ancient book. Which denies God’s sovereign miracle of the perfect preservation of His word down through history.

Again, the point is accuracy. Every believer needs to know that the words he is reading are God’s actual words. Only then can he confidently rely on the Holy Spirit to interpret and clarify those words to him personally.

Any departure from this formula results in a commentary instead of an accurate Bible translation.

So, as you study this issue and delve into textual history, there is more at stake here than simply choosing a Bible based on style, readability, understanding or personal preference.

It is about hearing Him as He desires to be heard. In His own words.

While there are many places one can go to learn more about this issue, the following link will bring you to 2 of the best websites I have seen. They are among the most thorough, scripturally sound and rational relating to Bible Texts, Textual History and Bible Preservation.

Please, let me know what you discover.

The Bible for Today and the Dean Burgon Society

7 thoughts on “Bible Translation or Interpretation?”